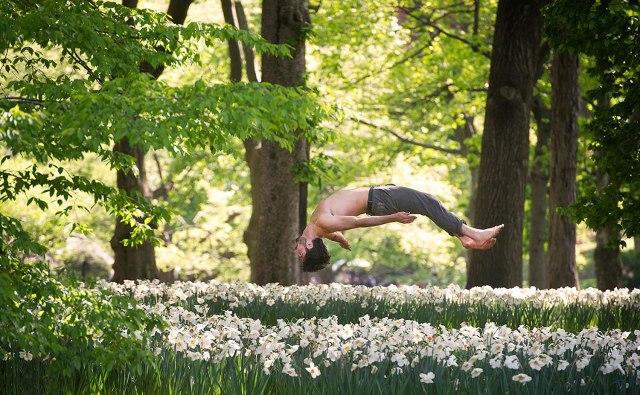 Now that we have made it through the last few bumps of our week… Check out the incoming freshness.. And uhhhh bizzareness vibes of the Eclipse. It’s all new! It’s all ending… it’s all the longest partial lunar eclipse in 500 years.

I even do Tarot! Take a listen… Do You Want To See The Eclipse?

I’ve got a little bit of a preamble this time. Let’s start with this:

“It’s because people are so perishable. That’s the thing. Because for everyone you meet there is a last moment, there will be a last moment when your hand slips from theirs, and everything ripples outwards from that, the last firmness of a hand in yours that every moment after becomes a little less firm until you look down at your own hand and try to imagine just what it felt like before their hand slipped away. And you cannot. You cannot feel them. And then you cannot quite see them, there’s blurry bits, like you’re looking through this watery haze, and you’re fighting to see, you’re fighting to hold on, but they are perishing right before your eyes, and right before your eyes they are becoming that bit more ghost.”

– Niall Williams wrote that for the History of the Rain

Is that possible? Have you been a lot of people too?

OK. Now that we have done that, we can begin. 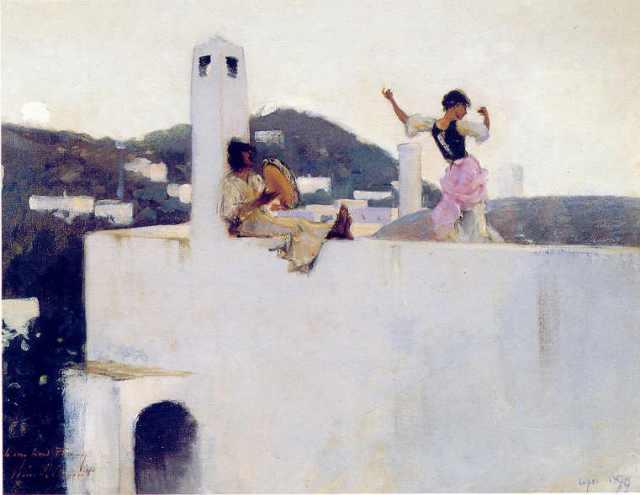 There is a poem by Terrance Hayes called

Lighthead’s Guide to the Galaxy

I’ll read it to you now:

Ladies and gentlemen, ghosts and children of the state,

I am here because I could never get the hang of Time.

This hour, for example, would be like all the others

were it not for the rain falling through the roof.

I’d better not be too explicit. My night is careless

with itself, troublesome as a woman wearing no bra

in winter. I believe everything is a metaphor for sex.

drips from the leaves. You can spend your whole life

doing no more than preparing for life and thinking.

“Is this all there is?” Thus, I am here where poets come

to drink a dark strong poison with tiny shards of ice,

something to loosen my primate tongue and its syllables

of debris. I know all words come from preexisting words

and divide until our pronouncements develop selves.

The small dog barking at the darkness has something to say

about the way we live. I’d rather have what my daddy calls

“skrimp.” He says “discrete” and means the street

just out of sight. Not what you see, but what you perceive:

that’s poetry. Not the noise, but its rhythm; an arrangement

of derangements; I’ll eat you to live: that’s poetry.

I wish I glowed like a brown-skinned pregnant woman.

Molly Bloom’s soliloquy of yes. When I kiss my wife,

sometimes I taste her caution. But let’s not talk about that.

Maybe Art’s only purpose is to preserve the Self.

Sometimes I play a game in which my primitive craft fires

upon an alien ship whose intention is the destruction

of the earth. Other times I fall in love with a word

All species have a notion of emptiness, and yet

the flowers don’t quit opening. I am carrying the whimper

you can hear when the mouth is collapsed, the wisdom

of monkeys. Ask a glass of water why it pities

the rain. Ask the lunatic yard dog why it tolerates the leash.

Brothers and sisters, when you spend your nights

out on a limb, there’s a chance you’ll fall in your sleep.

….and the way we have been sleeping out on these limbs… a feeling of not quite being where you are… that’s where we have been… not quite where we are…. and not quite touching, either ourselves or those who we do touch… the arrangements we make to tolerate, what?

I want to go ahead and describe this moon as troubled. But don’t let that scare you. Let something else scare you! No, don’t. I’m kidding. Pluto says this Eclipse is alright, Venus says this Eclipse is alright, and her voice really matters this time… there is even a bit of a romantic flavor with Venus and Mars in sextile, Venus trines Uranus exactly, and Pluto trines the Moon.

What it is, is that there is a Moon/Mars/Uranus opposition the day before the eclipse and the day before that the Moon in Aries gets a little bit ticked and along the way, that’s where we see that…. well,

Lean in to the problem, and then lean past it so far that you let go.

Instead, talk to someone whose voice makes you feel like you are alive.

Because you are. You are alive.

Grief is often a private emotion, and that’s quite real, but along with our private grief, we are experiencing collective grief which has been more or less outlawed, we are only allowed to talk about fatigue.

Fatigue is permitted because capitalism sanctions exhaustion: that’s nearly a pun. Let’s say that, according to capitalism (although you should, really should) simultaneously be thriving, exhaustion means you are working hard/doing a good job.

It’s funny to say, but at some point sorrow became illegal. I don’t remember when. So unsightly. So unproductive, nearly adolescent. I actually would make a strong case that sorrow produces A LOT. But you have to feel it first.

I think it’s quite alright to be sad for what we don’t have and for what we have never had, or who or what we may have had and lost, and in mourning that, to release it, to make room for a life that we don’t even know what it is: The unimaginable future.

Our Nodes are transitioning. By January 19th we will have the North Node in Taurus, synced up with Pluto and our South Node will be in the last bit Scorpio for those pivotal decisions … With North in Taurus we metabolize death, and use it to make life. That’s fertilizer to flowers energy. To that end, I’ll say this: Rest and Recovery is essential, but it’s not a way to live. (Does that make me a capitalist? Gosh I hope not!)

We don’t have a way to live… we are making our ways… I want to say we are making our ways through the wild wood, but we are not in those woods yet… in December and in January we will be there, finding out if we have been lost in the forest.. and if so, we will find our way… SOON… not yet.

“In a brief moment of lucidity, I was sure that we’d all gone crazy. But then that moment of lucidity was displaced by a supersecond of superlucidity (if I can put it that way), in which I realized that this scene was the logical outcome of our ridiculous lives. It wasn’t a punishment but a new wrinkle. It gave us a glimpse of ourselves in our common humanity. It wasn’t proof of our idle guilt but a sign of our miraculous and pointless innocence. But that’s not it. That’s not it. We were still and they were in motion and the sand on the beach was moving, not because of the wind but because of what they were doing and what we were doing, which was nothing, which was watching, and all of that together was the wrinkle, the moment of superlucidity. Then, nothing.”

We will never have the imaginable future, though we may get bits and pieces. Instead, we have ourselves, and we have those we care about, needs, desires, sorrow, exhaustion, hopes, wishes, pleasure, and GENUINELY unforeseeable turns and enactments, right along with the things we saw coming from lightyears away, which, when they arrive turn out differently in ways we never could have foreseen, and those are truly the most shocking of all!

This Full Moon in Taurus is an Eclipse. That means there’s a crack in it, an open and a close.

When we get one of those we often say : Something has been Eclipsed … a person, an experience, a resource, a time: done. This Full Moon finishes out a process we began around May 10, with that very strong New Moon we had in Taurus. Something may become clear to you now. **When the Moon is this bright, it’s pretty easy to see.

Ever since May, there has been a massive emphasis on Fixed Signs (Taurus, Leo, Scorpio, Aquarius, you know who you are!)

Fixed energy does not LIKE to change… You know this! We have stood there just like a toddler learning to share… while various elements have been grabbed away from our sweaty little hands, a series of adjustments have taken shape or been narrowly avoided.

We don’t avoid them forever.

Another way to say that is that our Saturn, Jupiter, and Uranus transits have kept us shaking a tree and waiting for fruit to fall, or for a branch to snap, or both! Or we can say we have made some of the changes, but we don’t yet live the change. Baby, it’s in the works.

On November 19th we enter the eclipse zone, which between now and December 4, offers us a plastic and transitory series of experiences designed to open us up, to wake us. The purpose of the moment is to shake you loose.

Flexibility, you remember flexibility, not as a mask for uncertainty, but instead the real thing… feeling safe enough, or free enough to be curious and open to the new. Our eclipse after the one in Taurus, is in Sagittarius. Is the world safe enough for us to go with the flow, or to shoot an arrow? Or will we become more brave? Is it that our attention will be captured and we’ll make the jumps looking away, or with our eyes closed?

What happens over the next year and half is that our goals become concrete: Taurus equals a good and safe and pleasurable life, and while we firm up our goals, how we achieve them becomes flexible.

Something that does return to us in December is passion… we can talk more about that later… for now, let’s breathe together.

Let’s be here, where we really are, in motion without meaningful separations of any kind. Every bit of reality connected to every other bit, all entwined. I’m so glad you are alive and breathing here with us.

* John Singer Sargent was a Capricorn Sun/Mercury (Saturn in Gemini), Pisces Moon/Jupiter/Neptune, Venus in Sagittarius, Mars in Libra(so many generous & kind portraits!), Uranus in Taurus AND North Node at 29 Aries conjuct Pluto @2 Taurus also one of my top painters of all time. His use of the color white: PURE GENIUS.

** Malcolm X was a 28 degree Taurus Sun, Aries Moon, Mercury in Taurus conjunct that Aries Moon, Cap. rising, Retrograde Jupiter in Cap.in the first, Saturn in Scorpio, Mars in Crab conjunct Lilith and Pluto. You can see his whole life in that chart. The Malcolm X was the EVERYTHING. Who would we even be now without him?